Well the first get together of the Chamonix Book Club was a huge success, and a thoroughly fun evening was had by all!

The first book chosen was the 1993 publication, The Giver, by Lois Lowry. We thought this was of particular relevance due to its dystopian theme, given the current popularity of the Hunger Games, and it is also a thought provoking book with some strong messages and great talking points.

The Giver follows the story of a young boy named Jonas who lives in a controlled community where there is no pain, fear, hurt or sadness. There is no war or loss, hunger or poverty, and the members of the community live in a seemingly perfect world. However, there are also no colours, animals, rain, sunshine, snow, or hills. The people feel nothing and experience nothing, they live in ‘sameness’. At the age of 12, each person is assigned a role within the community, based on close observation of their skills and aptitudes, and Jonas is presented with the prestigious role of ‘Receiver of Memory’, the one member of the community who is able to hold the real memories of pleasure and pain, happiness and sadness, love and hate. As Jonas progresses through his training he becomes more and more angry at the limited life they are being forced to live, and ultimately has to make the choice as to whether he can stay now he knows the truth.

As hoped, this proved to indeed be a thought provoking book, and one which raised a number of issues. Everyone enjoyed reading the book and really liked the concept of the story, but initially one of the overriding opinions from the group was their disappointment over what seemed like a rushed ending. It was suggested by many that they enjoyed the first half more than the second, and Lowry could have really stretched out many aspects of the book such as the development of the characters, and the memories that Jonas received could have been much more vivid. Many felt that even at the end they had never really understood or got to know Jonas or the Giver, but perhaps that was the point, because they were closed characters whose feelings were suppressed. But we could have learnt far more about them through the development of the memories, and all the feelings that came with this knowledge. On this same theme, we also agreed that the character of Rosemary was glossed over when she could have been so important and integral to the story.

An interesting point for all of us was that the majority simply took it as a given that Jonas and Gabe eventually found a happy place at the end, managing to escape the community for a better life, and we were surprised the find that one of our group read it and thought the opposite, that the end scene with the sledge and the happy warm family was in fact Jonas’ final hallucination as he and Gabe slipped gently away to their death.

A topic which we spent a lot of time discussing was the idea of whether or not this was realistic. Is this idea of a controlled community a potential reality, or did the supernatural element take over, rendering it simply a far fetched story? For some it was difficult to decide which one of these they believed. Another interesting point that was raised, was that although the idea of the story was excellent, the character of the Giver himself was badly chosen. It was suggested that the same story could have been followed and elaborated on, but rather than one man who holds all these memories and passes them on, why not a couple of members of the community, or even Jonas and Asher, stumble upon these memories by accident, and begin to find out on their own? This could potentially throw the community in to chaos, and it would be very interesting to see how this affected the way they live.

We also enjoyed discussing how similar a lot of the issues were to real life case studies. For example, someone suggested that isn’t the current situation in North Korea a very similar place to where Jonas lives? People unable to leave, told exactly how to live their lives, and suppressed to the point where they are unaware of the choices others have, or even the existence of other ways of living. It also tossed up some controversial discussion points such as the possibility of whether some of the rules within the community are actually sensible and not so far-fatched. Divorce rates are so high in our society, would it be so if people were assigned a partner based on personality and qualities? And the amount of time spent wrestling over career choices, job satisfaction, which subjects to study, and where to live would be entirely eliminated. Life would be so simple, and we discussed whether, given the tumultuous nature of the modern world, would people be better off living in blissful ignorance?

Overall, everyone enjoyed reading the book, and had a lot to say about its content. The essence of the story is about free speech and choices, and the importance of these things in a functioning society. Our society can change and is changing so much, that it is a terrifying thought that this concept is believable. We could be brainwashed by ideas being introduced and encroaching bit by bit. Those born in the last twenty years will never know a life without mobile phones, internet and cassette tapes, which shows how easy it is to simply erase a time period or a concept from people’s memories.

We are looking forward to the 2014 film adaptation of the Giver, and agreed that both a prequel and a sequel would be very interesting, finding out how the community became like that to begin with, and looking at how the people coped with the devastating memories once Jonas had left.

A great start to our book club, and I can’t wait for the next book! 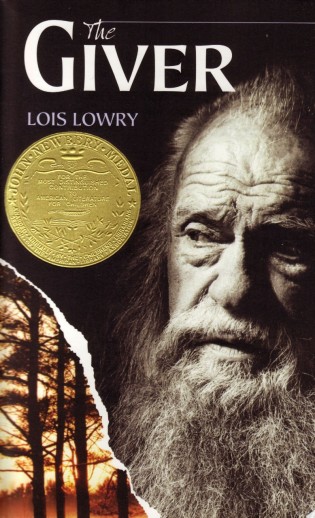