So the winter that never really started is drawing to a close. However, following several weeks of baking sunshine and temperatures in the high twenties, yesterday we awoke to a garden full of snow and a rather chilly shock of -1 outside. Just when we were about to let out a big sigh and put away our skis whilst tut-tutting but cheerily back slapping about how we’ve done our best to make the most of a poor winter, the almost forgotten winter seems to have staged a rather dramatic comeback. So the touring skis will stay out for a little while longer, and we will remember April as the month of surprises.

But before the rather bizarre and unexpected snowfall, we managed to get out and enjoy some cracking spring snow, and all under a big blue sky. At this time of year it’s important to stay as high as possible, mainly due to the distinct lack of snow lower down, so we decide to head to Ischgl, in the west of the country. Skiing off the back of the resort down to the Heidelberger Hutte not only provides a great lunch spot but also opens you up to a whole world of touring possibilities. With a number of peaks hovering around the 3000m mark and a ski track all the way back out to rejoin the resort at the end of the day, it was difficult to find any fault with the plan from start to finish. We opted for the Mottana Peak, around 750m height gain from the hut. We were the sole summiteers all day (it seems most Austrians just do the same tour as everyone else and ignore the alternatives!) so fresh spring skiing tracks all the way down and an uninterrupted view to rival most views. Not bad all round. 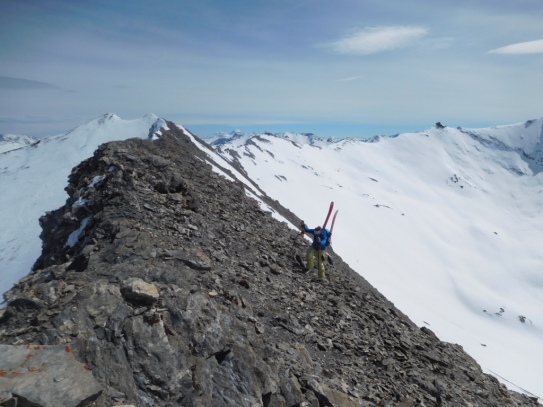 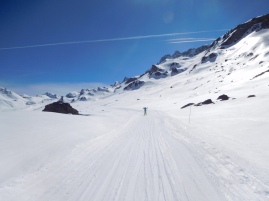 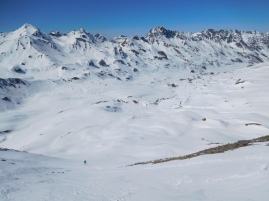 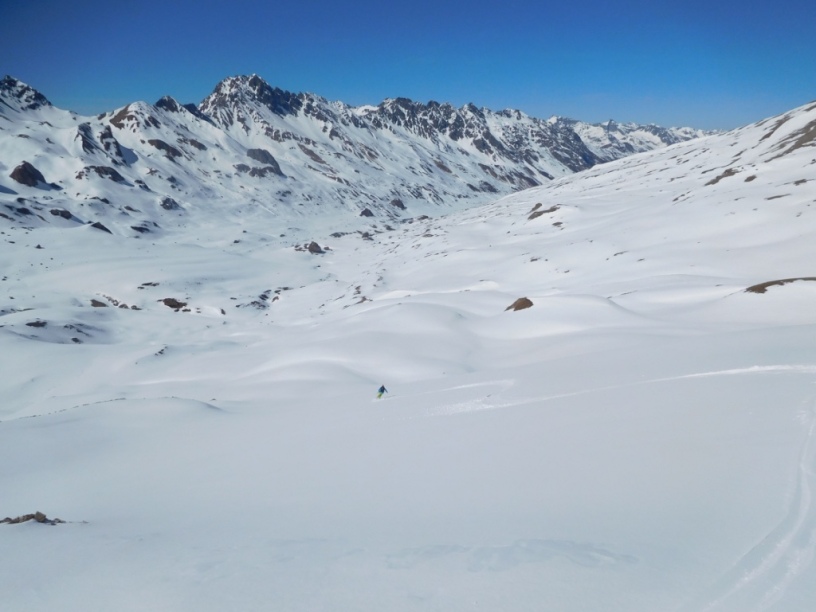