As I mentioned last time, my most recent eastern European ski jolly was to Romania; not a country renowned for its skiing, but somewhere with mountains nonetheless, plus with the added bonus of being a fascinating country, steeped in history and therefore with lots a exploring to be done. Unfortunately it has been a fairly dire winter across the whole of the European continent, and Romania was no exception, but despite the pretty minimal snowpack and obvious recent wind affect, with a bit of imagination and some searching, we managed to have some superb days out.

We were staying in the tiny village of Busteni, which does have a cable car, but no ski area. Theoretically the lift is for hiking and sightseeing only, but with a little internet research and a lot of map studying we discovered that there was a beautiful ski tour across the plateau at the top, with a potentially adventurous and exciting descent through a vast gully back down to the valley. It did indeed turn out to be quite an adventure, and we were slightly wary about the prospect of waking one of Romania’s hibernating bears…! But we had the place to ourselves all day in fairly wild country, and found some great skiing.

Despite day passes being disproportionately high in Romania (around the equivalent of €35/€40), one-way ski tickets are outrageously cheap (€5), leading us to wonder why anyone bothers buying a day pass, given the fairly limited lift-served skiing! So we generally got a lift bump at the start of the day, in neighbouring Sinaia and Azuga, and spent the day exploring with the skins. The weather was wonderful all week, so we may not have found powder heaven, but we saw some spectacular views and thoroughly enjoyed exploring and discovering some new mountains. 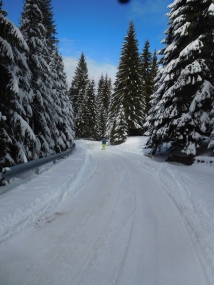 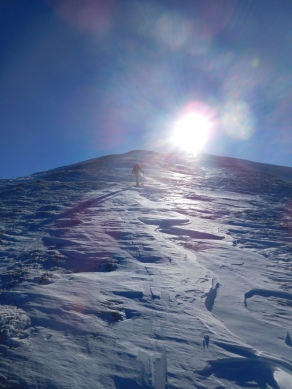 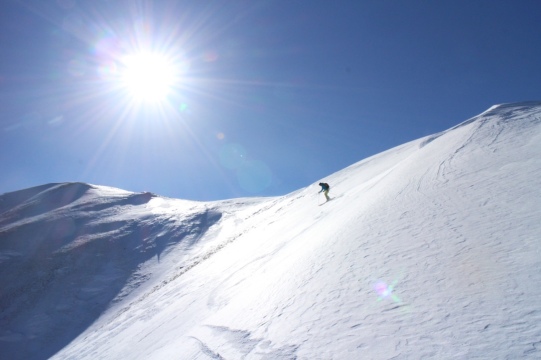 Moving somewhere completely new can be terrifying, but exploring it can be so much fun! What better way to meet people and explore your new home than through sport? It really does bring people together, makes finding friends so much easier, and instantly gives you so much to talk about and share. Skiing has really been the key for us here in Innsbruck, it’s something we already love, and has provided us with some great friends after such a short time here. Once you’ve shared a powder day, sat and had lunch up a mountain in front of a beautiful view, and laughed your way down a gully that didn’t quite lead where you’d hoped it would, it’s time to sit back and be pretty happy with your decision to take a risk.

This week we’ve been exploring the Nordkette; a huge, south facing ‘freeride’ mountain range separating Innsbruck from the Karwendel National Park. There are 2 cable cars and 2 chair lifts, allowing it to pose as a small ski area, but in reality it is simply there for the off piste, and my oh my is there a lot of it! Fantastic snow, hardly any people and above all, simply breathtaking views all combine to make this a very special place to ski. I think we’ll be spending a lot of time up here!